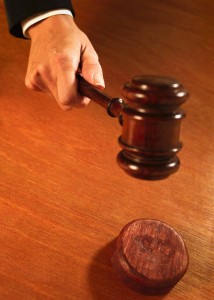 Over the past two columns in this space we’ve explored first the “Drug Court” and then next the “Mental Health Court.” As the third installment in this series, I invite you to learn with me a little about the “Veterans Court.”

The Nashua Veterans Court has been operating since 2014 and began as an outgrowth of our Mental Health Court. The basic premise is really quite simple, but also profound: combat veterans, because of their experiences, are a unique grouping in our society, with their own particular needs, and a specialized court which provides access to treatment, accountability, and structure will invariably be more effective than traditional incarceration and punishment. Because of what they have gone through in their service, half of veterans returning from overseas combat deployment suffer with various mental health issues. One in six will struggle with a substance use disorder; and one in five will suffer with post-traumatic stress disorder (PTSD). These rates far exceed those of other groups and the population at large, so therefore it also makes sense to think differently about working with veterans who might end up breaking the law and being convicted of a crime. In fact, there are approximately 700,000 veterans in the judicial system today. That’s exactly where the Veterans Court comes in.

Walking into Veterans Court here in Nashua (which you can do any given Thursday at 2:30 in the afternoon), I noticed a few differences in the courtroom. The first thing which stood out for me was that the flags of our service branches – Army, Navy, Air Force, Marines, and Coast Guard – along with the MIA/POW flag are all on prominent display in the front of the court. This immediately reminds you that this courtroom is not like other courtrooms. When the participants in the program then one by one get up to speak to the judge, I could not help but notice a very strict deference to authority. The participants in the program are convicted criminals who are going through Veterans Court as an alternative to prison… but they are also still Veterans. They stand at attention when addressing the judge and speak in the tones you would expect from an enlisted person. This is not a rule, but rather just the normal course of doing business in this courtroom.

The routine discussion is similar to the Drug and Mental Health courts: How is your program doing? Have you met with your doctor? How is the job search coming along? Where are you living? Are you taking your medications? Have you gotten into trouble with the law? Have you made all of your appointments? These questions drive home the fact that the program, to be effective, must provide this type of structure. The liaison who accompanies the Veteran is from the VA, and has the specific task of helping to craft the structure, do the follow-up, and work with the Veteran to connect to the appropriate services. As a result, even though the Veteran in question might have gotten into trouble with the law and be working through substance use or mental health issues, nevertheless they will receive the appropriate supports to get their lives back on track.

I would like to applaud those who have had the wisdom to see that different and alternative approaches to incarceration can be effective for people with substance use disorders, mental health issues, including Veterans who might be suffering with both. It takes courage to think differently, and it takes courage for these Veterans to face up to some of their fears and enter this program. But clearly the results can be worth it.

I encourage you to explore and learn more about mental health and the unique needs of our Veterans as a personal way of LIVING UNITED and look forward to your feedback and discussion of this important and sensitive topic in our community.

How can YOU make a dent in homelessness in Greater Nashua?

Something I often hear people lament is their inability to make a meaningful difference. Indeed,…