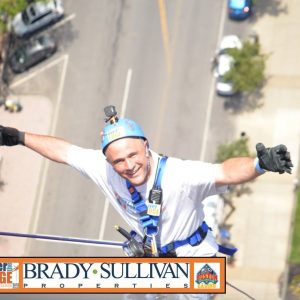 There is very little more fundamental to the existence of any non-profit organization than fundraising. Every non-profit needs to raise enough money to sustain itself and do its good work in the community. One dilemma which I see frequently in our community, however, is that there are a limited number of potential donors in a community of our size, and there are many non-profits asking for support. This can lead to “donor fatigue.” At United Way, we are both a fund raiser as well as a funder of organizations, so I see this situation from the perspective of both asking for money and being asked for money.

I would like for you to sit back a moment and think about the ways in which an organization can raise funds. I like to break this down into three broad categories: grants, events, and individual/corporate donations. Grants have grown in popularity over the past few years, especially with the massive increase of family and corporate foundations. Because of the way the IRS treats foundation capital, there has been a large accumulation of wealth in America in these foundations. As a result, many non-profits spend a lot of time trying to write grants to get these foundations to supply the funding for them to do their work. The trick, of course, is finding just the right foundation and grant for the work you do. Sometimes there’s a perfect fit, which is great. But sometimes (too frequently, in my opinion), non-profits modify the work they do in order to meet the funder’s criteria, and that can cause the organization to be less effective in meeting its goals. So, the money is there, but sometimes – as a friend of mine said recently – the juice might not be worth the squeeze.

Another approach is the traditional individual or corporate donation. These are great, because they generally don’t come with a lot of strings attached. Typically the donors are giving in order to support a mission that they already believe in. However, again let’s be honest, Greater Nashua is a pretty small place and there are a lot of non-profits doing the asking, so it’s very competitive and very easy for people to be asked multiple times to give. Another problem with the individual donation is that while well intentioned, it generally supports a very narrow mission and doesn’t elevate to the level of impacting the whole community. In our experience, clients have a broad range of needs. So, for example, if a person has a child being supported by one of our after school programs, there is also a good chance that there might be a need for affordable dental care, transitional housing, financial literacy, and other programs. So at United Way we encourage people to think as broadly as possible with their donations in order to raise up the whole community.

The final approach is what I would call events. You’ve probably seen them all: Golf Tournaments, Annual Dinner Gala’s, Auction’s, Road Races, etc. These can be very effective, but what we have observed is that there’s a tendency for organizations to over use these… it’s the basic economics of supply and demand. This can lead to a cycle of more work and less effectiveness such as: Organizations do golf tournaments, because they are successful, but then many organizations do golf tournaments, and they become less profitable as more organizations jump in to go after the money. The product becomes a commodity. Additionally, sometimes organizations end up spending so much time doing fundraising events that they actually begin to forget what they are supposed to be doing in the first place for the community (most of them probably aren’t looking to be in the party planning business).

With this fundraising landscape as a backdrop, we’ve set ourselves a challenge to come up with a new approach this year that meets two basic criteria: 1) It doesn’t compete with anybody else’s fundraising effort, and 2) it promotes the concept of collaboration. For us at United Way, both of these are very important. We don’t want to compete with other efforts, because as a funder of those same organizations this would be cutting off our noses to spite our faces. At the same time, partnerships and collaboration are, at the end of the day, what United Way is really all about. Now for the big reveal:

On July 27 and 28 we will be staging an event which involves rappelling from the top of the New Hampshire’s Brady Sullivan Tower at 1000 Elm Street in Manchester. The participants are fundraising not just for United Way, but actually for one of 10 different nonprofits, each of which has its own team of fundraising rappellers. To my knowledge, this is the first time that there has been a collective and collaborative fundraising event in our community. Each of the ten nonprofits — which includes the Youth Council, Gateways, The Caregivers, Family Promise at Anne Marie House, The Adult Learning Center, United Way of Greater Nashua, Granite United Way, The Greater Nashua Dental Connection, Nashua PAL, and Bridges – has a team of 7 rappellers who are going “Over the Edge” to support their own organization AND the community. The partners are even going to be dividing up any sponsorship revenue from the event! As you can see we have created a fundraising event which is unique enough that it will not compete and will even bring in new donors and it is also partnership based, emphasizing our outcomes of collaboration and collective impact. According to Kelly Ayotte, who is supporting the event as a VIP rappeller, “At first I thought this must be some kind of prank from the other side of the aisle. When I realized that it’s an actual event, I thought why not, after all, sometimes in public life you have to do scary things for the common good. It’s called leading by example.” If you are excited by this event and would like to learn more about how to sponsor an become a participant, support an individual rappeller, a team, or the event at large, you can check it out at www.tinyurl.com/overtheedgenh As we love to say around here, GREAT THINGS HAPPEN WHEN YOU LIVE UNITED!

Nashua students learning English to get some in-person class time

Parents, could your student use help catching up this summer? Learn United is a FREE…