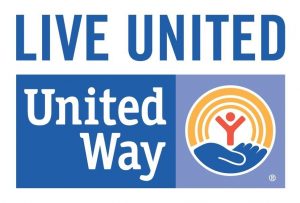 Two days ago, the United Way of Greater Nashua announced the establishment of the COVID-19 Emergent Need Response Fund, which is designed to support all local nonprofits in Greater Nashua with needs related to the coronavirus that might have otherwise been unanticipated.

“The Endowment for Health came along and committed to all four United Ways in the state, $50,000, which means we’ll receive that amount,” he said. “That effectively doubles the size of our pool to a little over $100K.”

Apfelberg the money already is being used – the UW has made a dozen grant payments to nonprofits – and it’s coming in daily now.

“Those things include extra payroll expenses, purchasing of supplies, performing deep cleanings – all of that stuff,” he said. “They don’t plan for these things, but they are now happening.”

The main objective stressed by Apfelberg, was the UW doesn’t want any local nonprofit to find themselves unable to commit to a necessary purchase or expense.

“We do not want any nonprofit delivering services to be in a predicament,” he said. “We don’t even want to think twice about that. We just want them to do the things they need to do. And the fund is designed for them to have that flexibility and get some reimbursement for that.”

As of Monday morning, Apfelberg said the UW agency already had received $50,000 for the Emergent Need Response Fund.

“That is a combination of donations from the community, which is over $7,000 now, as well as corporate contributions and foundation contributions, ranging from $2500 to $5,000,” he said.

Apfelberg said the agency is allocating funds on a need-arising basis.

“We just purchased products to make hand sanitizer, for example,” he said. “We also purchased a ton of toilet paper from sources that we were able to identify. There were some local nonprofits that were unable to get it.”

The incaution of it all, “No strings attached.”

“These donators and everyone who has contributed, has said the same thing,” Apfelberg said. “‘No strings attached. We trust you at United Way, and we know that you have the ability to get things done quickly and efficiently, unlike any other organization out there.’”

That level of support and trust is appreciated by the UW, Apfelberg stated.

“I’ve never seen a grant – this is a bona fide grant that they’ve given us,” he said, “where it literally says, ‘no strings attached; use it to do what we need to do to do the right thing.’ As a community, we have to be very grateful for that support.”

This article was originally published in the Nashua Telegraph by George Pelletier.

Take Five and Join Us for $5 FRIDAYS UNITED!

What Are You Doing at Noon on Fridays? Take Five and Join Us for $5…