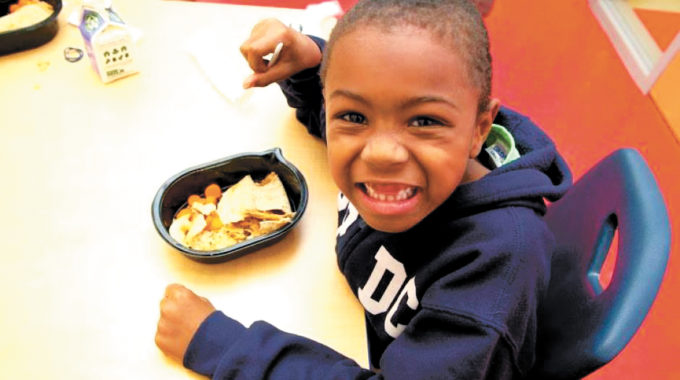 In a strong collaborative effort, the Nashua School District teamed up with United Way of Greater Nashua, the Nashua Teacher’s Union, the Boys and Girls Club of Greater Nashua, and the Nashua Soup Kitchen and Shelter to begin distribution of meals to students this week. The program started on Monday with 408 meals, prepared in Nashua school cafeterias, being handed out by NTU volunteers, and by Friday had grown into a full-fledged operation, with 1,900 meals being distributed by United Way volunteers in 13 different locations across the city. Additionally, on Friday, fresh produce – provided by the Nashua Soup Kitchen and Shelter – was handed out at 6 of the locations. All told, by week’s end, 5,098 meals were put into the hands of local students in this first week of operation. Playing a major supporting role was also the Boys and Girls Club, which moved food from cafeterias and the Soup Kitchen, to the distribution sites, where United Way’s volunteers handed it out.

According to United Way President Mike Apfelberg, “Week 1 was a great success. Our goal was to put in place the production and distribution infrastructure to allow us to get food into our students’ hands, and to do so in a way which draws upon collaborations with local partners and uses volunteers. People want to get involved in solving these types of problems in a time of crisis, and by working very closely with the school district, the Boys and Girls Club, the NTU, and the Soup Kitchen, we were able to put in place a system which can easily and effectively scale up as this crisis worsens. We are very proud of what everybody has been able to pull off. And we are deeply grateful to the scores of volunteers who have come together to make this happen.”

Week two, starting Monday, will see a few changes to the program. Starting on Monday, food distribution for students will take place Monday, Wednesday, and Friday from 11-2. Locations for the week of 3/23 are Pennichuck Middle School*, Ledge Street Elementary*, Amherst Street Elementary*, Dr. Crisp Elementary*, Mt. Pleasant Elementary*, Fairgrounds Elementary*, Elm Street Middle School*, New Searles Elementary, Broad Street Elementary, and Sunset Heights Elementary. The first seven schools on this list (those denoted with an asterisk), will also have fresh produce on Friday, and starting this week will also have frozen meals, provided by the Nashua Soup Kitchen, for the weekend. According to Apfelberg, “We have combined three of our week 1 sites into others due to very low volume and good proximity to other sites. The elimination of Tuesday and Thursday will help with social distancing, hoping to reduce the amount of close proximity. Along those same lines, we are reducing the number of volunteers at each location to two, in order to reduce the probability of spreading coronavirus. We are particularly excited to be giving out the frozen meals on Friday, which along with fresh produce and larger amounts of food bags, should lessen some of the burden currently being placed on End 68 Hours of Hunger, which has been doing an amazing job with weekend food needs.”

For more information about getting involved and our community’s response, please visit United Way’s Covid-19 web page at www.unitedwaynashua.org – there you will find out what needs there are in the community, what resources are available, and how you can help out during this difficult time.

This article originally published in The Nashua Telegraph

Over the weekend, United Way of Greater Nashua launched an online program that delivers groceries…